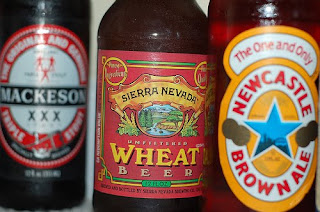 The ride from the Hill District to Uptown was a twenty minute drive. It took them thirty minutes because of a stop for coffee and traffic. They all sat in the car silent. Each of them rocked and bounced on the leather cushion because of the hilly terrain.

Linus drove, staring straight ahead breathing hard with his mouth open. He held the steering wheel and a doughnut with his left hand and a Dunkin Donuts’ cup in the right, taking an occasional sip or bite. Franklin pocketed the Styrofoam cup between his crotch, his eyes lazily shifted from the road to the steam floating from the aperture in the plastic lid and back to the road. Wood focused outside of the passenger back window, looking at the white Victorian houses they passed with long porches and flower pots hanging with plants overgrown reaching for gravity; and the mirror-still water when passing a bridge broken by a tugboat with ripples smearing the surface. Wood had almost finished drinking his Mountain Dew. They passed over three bridges.

Linus stopped the Oldsmobile on Forbes Avenue in front of a closed storefront bar with an alfresco patio with black iron chairs chain bolted to black iron round tables partitioned off by a black wrought-iron fence. Across the street was a open Jamba Juice and a closed Italian bistro named Calabria's. Duquesne University was a block away.

"What time is it?" Wood said, directing his voice to Franklin instead of Linus this time.

They were still sitting at just past noon, watching students go in and out of the Jamba Juice store with smoothies. When an attractive college student passed by Linus would tap Franklin and telegraph with a nod and his eyes. Wood held a Jamba Juice cup in the backseat. A large man came out of the bar and unlocked the padlock on the chain. He pulled the long chain through the legs of the chairs and tables. When the chain caught on a corner, he'd give the chain a hard yank. It sounded like prison doors closing. He skid the tables and chairs indiscriminately across the small patio and went back inside.

"I don't understand it," Franklin said. He was looking at the neon sign in the bar window that read "Fat Tire".

"I don't get it. You guys pay double the price for a beer that tastes like frosted piss."

"Wait a second now. You say 'you guys' who you talking about here Franklin? And all beers I know of taste like frosted piss."

"Exactly, that's the point. If they all taste like shit we've acquired the taste for, why pay an extra five dollars for it? I was at 'Bottom's Up,’ the strip joint on Saw Mill Run..." Franklin was cut off by Linus.

"Wait a minute now. Who is 'you guys'?" Linus said, while both men looked out the windshield straight ahead. Wood was trying to get to the last bit of smoothie at the bottom of the cup using his straw with the lid off.

"Can I finish my story, please?" He turned his head toward Linus but not his eyes, still looking straight ahead. "Can I, please?"

"So I'm in Bottom's Up and the guy in a tie next to me orders some weird named beer. I'm drinking Miller High Life. What I've been drinking since I was stealing em from my dad's cooler. So I ask the guy when the drink comes back and he pays a ten for it, how it tastes? He slides the beer over for me to taste. Now that alone was strange. I just wanted a review, not a taste test, but I go ahead and taste it because he hadn't even sipped it yet. He doesn't know if I'd been eating snatch in the VIP or what, but I figure I'm good because she just brought it to the table... Tastes the same. No big difference. I just tell him thanks and act like it's great, but actually tastes the same to me."

"Was it a white guy in the tie?" Linus said.

"Yeah, but I'm just saying. Why pay double the price if it's the same taste?"

"First off, that's a racist statement. Like all white guys pay for overpriced beers, not true. Second, there is a distinct difference in the tastes of beers from different regions and brewing methods. You gots your lagers, and you gots your ales. You gots porters and stouts. There's hundreds if not thousands of different tastes." Linus held four fingers with the other index finger after counting off the types of beers. "And just because your rudimentary Miller High Life palate can't pick up the intricacies doesn't mean it's not worth a few more dollars."

"I'll tell you racist. Racist is all the malt liquor in the black neighborhoods. I bet you can't go into one of these bars or stores and get Ol' E, King Cobra, or Colt 45. I bet Billy Dee Williams never even tasted that shit. What the fuck is charcoal-filtered? Yeah, they sell us that shit..."

"Bullshit. Corporate capitalist racism is what it is," Franklin said.

"What do you drink, Wood?" Linus looked in the rear view mirror. "Presidente?"

Franklin laughed through his nose and shook his head.