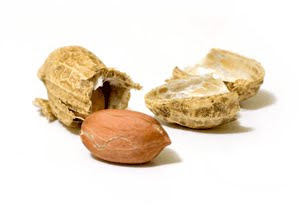 "I'm really not that particular about guns. As long as it fires, and it's reliable. I mean I don't want to be shooting myself out of someplace and the thing jams. That wouldn't be good," Linus said. "But then how often does that happen, huh? Shooting myself out of someplace? It's good for movies. But imagine my big ass jumping behind a bar, running, and diving through windows. Shooting up a place."

"Really though. I'm too big a target. You do your homework. You find the guy, preferably alone. Slide one in em. One in the noggin to make sure. Done." Linus said, using two fingers imitating a gun. "Then you gotta ditch the thing anyway, so you can't be falling in love with the things."

"That's the point I'm making. Who cares about the gun?" Franklin said. "The Kid's there reading handgun magazines, asking me if I like Glock nines or standard .45s. Who the hell cares?"

"I watch these movies and the guy has his in a camera case and he's cleaning and assembling it, all professional-like. I'm laughing watching it because here comes Sally in with a shopping bag of burners she got from the hick in Harrisburg," Linus said.

"What you doing with a sack of heat, man? Going to war?" Franklin said.

"In and out. In and out, man," Linus said, holding his hands in the air. "No offense but I sell em to the black guys in East Liberty. Two hundred a pop. It's a risk, but it's good money. I don't get much work Franklin." Linus extended his hands out like he was pleading.

"None taken. They gotta buy them from someone huh? I don't see what's the risk though. Blacks kill other blacks. I don't see why you guys so frightened all the time. You never hear about the white guy getting lost on the North Side or in East Liberty for that matter, and get all shot up. He might get stuck up, but not shot up," Franklin said.

"Not that. I'm talking about getting stuck by the cops with fifteen, twenty gats on me. Scared? Shit. I ride through the North Side, Homewood, all those places like I own this bitch. It's a new day Franklin...new day...Barack Obama baby..."

Franklin laughed at his friend.

"And what about this Kid? What we need em for?" Linus asked.

Linus pressed the unlock button on the driver's door. Franklin motioned with his thumb to the backseat. The Kid slowed his jog to a walk and opened the passenger's side back door.

"What's up?" the Kid said, getting comfortable in the back seat leather. "Where we headed?"

Linus looked in the rear view mirror without answering, then turned and looked behind him, then turned back to look at Franklin. "What is this a bad joke? The white man, black man, and the...what are you kid, Mexican?"

"Not Mexican, not never. Puerto Rican." the Kid said.


"That's his name. You were calling him 'Kid'. His name is Wood," Franklin said.

The woman walking down the street was wearing tight blue jeans and a fitted tank top that read "Wild Child". She looked at the men watching her from the 98 Oldsmobile Regency for less than a second, then sped her pace.

"We're a fucking bad joke, I tell ya," Linus said.

(SEARCH: Peanuts in top right corner for Part 2 thru End)