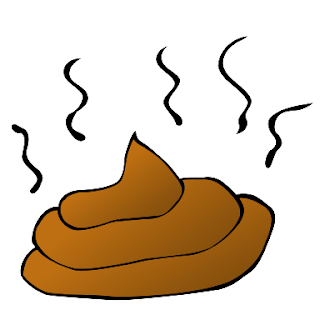 Cup your hands over your mouth and nose, now breath out your mouth, hurry and sniff through your nose... Nothing. Minty fresh, huh? OK, smell under those arms... Nothing, but Mountain Air fragrance, huh? It would be tough to get through all that leather, but what the hell, take off your shoes and stretch as close as you can and take a whiff of those dawgs... Nathan, no? Just a tinge? Probably not enough to smell through the shoes, right? Well, if you passed all these tests and you still have no pull when it comes to the female sex.. Maybe it's your game that stanks.

Every man has had moments where his game stank like a granddad poot. Any man who disagrees and doesn't admit it, is a liar and the truth is not in him. I remember a friend, not the friend that's me, an actual friend, he went up to a lady and said, "I think you are so beautiful." I laughed to tears. She was fine, I give him that, but the way he said it. The whole Ralph Tresvant / Michael Jackson / Tevin Campbell vibe just didn't work for him. In fact, it probably made her uncomfortable with him all sensitive-eyed saying how beautiful she was. Needless to say, he didn't get put on. And I got months of enjoyment repeating his line, in fact I'm laughing till this day. I've got my stories too, but I erase them from my mind soon afterward.

So here's a list, not all-inclusive, of stanking game mistakes. We make many, if not all, these mistakes from time-to-time, but for the chronic compulsive stanking game culprits, use the list to identify yourself and make changes, as needed.

This is the game that goes out with every intention to meet new females. Sidenote: women may go out to have a fun night of dancing; men go out to meet new females PERIOD, even if he has one at home and is happy, he wants to meet females for conversation and ego validation. So he goes out intending to have a good time of meeting new females, and something happens.

It can't be seen. It can't be heard. There's no way to observe it happening, but a trigger is pushed. Chemicals in the brain and body are released to turn every thing perceived sour. He makes his first hesistant approach and is shot down. But he doesn't understand why he was rejected. It wasn't his looks, his words, or really even him. He was shot down because every chemical, every aura, every expectation in his body asked for rejection.

Now he internalizes the rejection and tries to find reason, because, of course, it couldn't be his fault. "These women in here are all boochie." "All women care about is money." "All women in clubs dress like whores." It doesn't have to make sense, it just has to be a reason.

The best advice is to drown it out in liquor. Naw, I'm kidding. But start being more positive, laughing, and do something new weekly to expand your boundaries. Run from your old negative, procrastinating, hateful friends in a maddening sprint.

The Over Aggressive Stank Game can monster a woman into having a drink, having a dance, or getting a number, but the connection is usually short lived. She's actually too scared to reject him right away.

I'd group the over confident to the point of cocky arrogance in with Over Aggressive Stank Game. It's a tacky stank game, although it works occasionally, but it's fleeting.

* Running around get twenty numbers at the same venue - doing too much.
* Abusive behavior.
* Drunkenness.

The BFF Stank Game is so nice, friendly, and respectful, the woman forgets he's a man. He's treated like the gay best friend. He can be with a group of beautiful women, sit around while each of them is picked off by other men, and finds himself sitting alone watching the drinks and the purses.

He usually loves beautiful women. He chooses well. He loves the presence of dimes and dimes love his presence, because he's so nonthreatening. He hates players and thugs as much as his women friends, but wonders why all the women friends keep falling for players and thugs. He puts all his dime friends on a pedestal just out of his reach.

* Procrastination
* Being abused.
* People refer to you as SUSPECT.

I remember I was at a college party, waay back, and there was some good looking ladies in the place. I saw a friend and asked if he had gotten on any of these women yet. Side note: men still talk like this in there 30's. This Requires Influence Stank Game culprit said, "My buzz ain't right yet." That comment stuck with me as one of the weakest game quotes I ever heard.

Requires Influence Stank Game prepares himself with drugs and alcohol before going out and often is successful at meeting females. The reason for his success is the intoxicating stimulants have created an artificial Super-self. This Super-self doesn't pick up on rejection cues, it has no hesitency or inhibitions, and it can be mistaken for confidence by women.

The problem is the need to become Super-self is associated with the drug or drink, and the Requires Influence Stank Game will inevitably find themselves in a downward spiral. The women they have met have met Super-self, not Keith (pulled that name out my butt), and more drug or drink is needed to continue the facade.

The best advice is to be high on life. Roll out dry as much as possible to resist the need to Require Influence.

* Expect-A-Sign Stank Game - no one is going to wink or smile at you all the time chump.
* Plain Weird Stank Game - the fact you felt the need to talk about wanting to murder your neighbor's dog gets eery silence.
* Too Shiny Stank Game - all those chains, bracelets, and heavy cologne are hoodrat magnets sure. But actually you could have saved the hundred you spent at the Beauty Supply and still got pull.
* Wannabe Pimp Stank Game - using snappy lines and talking fast is entertaining, but that's all...entertaining. Great for clean up also.
* I Got... Stank Game - if you ever have to mention what you have - "I got a Escalade out front" - the game stanks. But it works great on rats.
Posted by E's at Friday, August 21, 2009