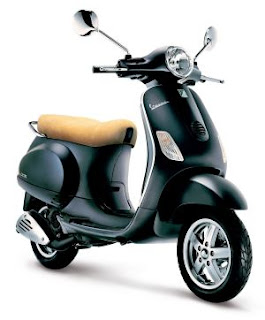 We all know "that guy" right? You know the guy that shuns popular coffee houses to go out of his way to an obscure cafe that exclusively uses fair-trade coffee beans. The kind of guy that prefers Ethiopian blends, but often craves Brazilian or Colombian brews, and abhors Peruvian. He's that guy who insists on using the word "barista", and always finds a way to include it in a conversation: "The barista at my obscure coffee house referred me to the best Woody Allen movie." That same guy who is annoyed by the kid using the espresso machine, who when he asked the origin of the beans, stares at him blankly and shrugs, "I don't know...You want a Grande or Gigante?"

You know the guy, I know you do. That guy who wakes the wife up Sunday morning and instead of church goes to brunch. Yeah, that guy. That guy who after he confuses the waitress with a question about fairly-traded coffee discusses with his wife an article from the The New Yorker about organic fruits and the toxicity of the average peach. That guy who suggests after brunch to walk to the nearest farmer's market, and the fifteen minute walk to the market extends to two hours because of detours to the used bookstore, the antique stained glass store, the ice cream parlor, and the specialty gift shop where "you just can't find this stuff anywhere else" - in that particular order.

Come on, you know this guy. The guy who wears an awareness "Go Green" bracelet everywhere and expounds the virtue of having a carbon footprint the size of his two-year-old baby girl. That guy whose bathroom has a pungent scent because he demands his family follow his mandate posted on cardboard right above the tank: "If it's yellow / let it mellow / and if, and only if, it's brown / flush it down!" You gotta know him. That guy who can explain how public transportation buses are only green if they are more than three quarters full, otherwise the fuel emissions created by buses are atrocious. And the greenest form of transportation is biodegradable running shoes, followed by pedal bicycle, followed, if necessary, by Vespa motor scooter. This is the same guy who is eternally guilty when someone points out that his plastic green bracelet will survive in a landfill forever.

I recently read "that blog". You know that blog, right? That blog created by a mid-thirty-year-old reformed slacker who has an idea and a laptop and can write a little. That one that is a viral phenomenon and gets 300,000 hits a day and over 40 million served in the first year. It's that blog that gets a book deal from a big publisher, hits the shelves, and becomes a national best seller. Yeah, that's the blog.

Well, the blog and book is called Stuff White People Like: A Definitive Guide to the Unique Taste of Millions (Vespa Scooter was #126 on the list). And as an African-American man, I must state our similarities outweigh our differences. I often awake and slip on my flip-flop sandals and alumni t-shirt and Cubs cap and go to my favorite breakfast nook to drink fairly-traded coffee and read David Sedaris' essays. A great number of times I've called my friends over to play children's board games like Operation while smoking hookah and drinking microbrewery stout from longnecks listening to Mos Def or Sir Mix-a-Lot discussing The Daily Show or Colbert Report. What's the phrase? ...If only I had a dime for every time I went out to my favorite BYOB vegan bistro with a bottle of red and a date and laughed about our social inadequacy in high school and waited for the perfect moment in conversation to say, "Fo sheezy!"

And as of this writing, I've done all these things and I've gone all these places either by foot, by bicycle, by 3/4 full public transportation, or by a friend's passenger seat. I would love to enjoy them on my brand new Vespa scooter. However, a Vespa scooter for me would mean more than a vehicle for travel from point A to B, it would be a symbol of solidarity; a display of commonality. A declaration that although we are all different we are not so much so. We are Americans, Illinoisans, Chicagoans, and we are all one - more or less.