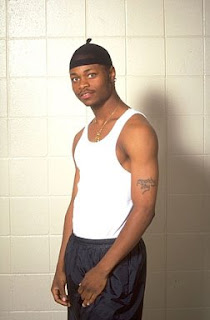 In doing my part to give back to the world - to make this third rock revolving a better place - this is the first of random Public Service Announcements I'll publish occasionally. PSAs serve to inform and raise public awareness on various issues like smoking or depression but I really don't care about those issues. I'll focus on the issues that really matter...

...like this one: Top Places Black Men Get Killed. Use this short list (not all-inclusive) to limit black men's exposure to these places and activities to lengthen a black man's life. Nuff said, THE LIST: (in no particular order)

1. Hood Parties: This includes the hood Bar & Grill that only serves fried fish and shrimp through that little window in the back by the kitchen, the hood After Hours where the door is locked and you have to bang - hard - and Grizzly Nigga opens up and you better be known or with some fine-ass women to get in (well let's be honest, half-decent looking will do), and the hood Strip Club where the bullet-scarred women don't just offer $10 for table / $20 VIP, but $40 for ? / $80 for ?? (I've only heard about it).

I admonish black men to limit their exposure to these places and increase their likelihood to make it to old age. Because while you are enjoying your night out browsing the latest trends in hoodrat fashion, unbeknownst to you, Lil' Knuc-Knuc is in the club with you. Also you're unaware Lil' Knuc-Knuc has a problem with Yung T-Bone; he either snitched in some way, stole money in some way, a woman could be involved, who knows?

So while you're walking out the club with your new hoodrat jumpoff you're oblivious that Lil' Knuc-Knuc is coming out at the same time, and yes, Yung T is waiting for the whites of his eyes with a AK-47. You get shot 19 times and Lil' Knuc-Knuc runs away to party another day. Stay your dumb-ass out the hood parties, especially if you're famous and got money. Then they gun for your dumb ass.

2. Standing on a Corner: This should be taught in schools. It should be printed on the inside flap of Lemonheads like they used to do in the '80s, instead of "Say NO to drugs!" it's "Don't STAND on the corner!" I'm dead serious, watch the news tonight: Detroit/Chicago/Baltimore/Oakland man, black, shot dead today on the north/south/east/west-side following an argument, suspected to be gang-related.

You are leaving the local barber shop from getting a fresh cut for the weekend festivities and you think you see Delvon, AKA Lil' Knuc-Knuc, just up the street on the corner.

Knuc squints your way cautious, then excited. "My nigga! Where you been at?!"

You and Knuc embrace in a handshake chest bump and talk for seven minutes about sports, women, or about how Knuc is going to "get off these streets" and hopes to get a record deal. Your dumb-ass is oblivious about Lil' Knuc-Knuc's and Yung T's problems, when Yung T rounds the corner with an AK-47 out the window. Now you're a news story. Stay your dumb-ass off the corner.

3. Running from the Police: It should be a no-brainer because the police have target practice on black men's backs. If the police catch you with their guns drawn, just resolve in your mind "you've been caught" and lay down on the ground with your hands flat, like your trying to hug the concrete. This is so they don't have to throw you down. They're still going to put a knee or elbow in your back, but try to minimize the pain, better than a gunshot.

But it doesn't happen that way, does it. The scenario:

You want to lose 10-15 pounds for your trip to Brazil later in the year (trick), so here you are running down the street unaware the police have been combing the neighborhood looking for Lil' Knuc-Knuc and Yung T-Bone because they've been shooting AK-47s at each other all afternoon. So here's your oblivious dumb ass running down the street with earbuds in both ears holding a black iPhone and don't hear the officer yelling "Halt!" Stay aware of your surroundings...dumb ass.

4. Sitting in a Car: Almost just as bad as standing on the corner. Worst if you have a common car, have a mistakable face (I'm always mistaken for someone, all the time), and worst yet if your in an unfamiliar territory. Black men should be constantly on the move - it's a good thing - don't sit, stand, or lay anywhere too long.

This is your dumb ass pulling up to the hoodrat's grandma's house in an unfamiliar land:

"Did you enjoy the Red Lobster?" you say to the new hoodrat you met at Shoot-out Bar & Grill.

"I love their shrimp. It be like they got them shits fresh outta water. And them biscuits... Nigga, them biscuits better than my grandma's," the hoodrat says. "My grandma gone appreciate you got her this Ol' E. I'm gone tell her you bought it, OK?"

"That's cool," you say looking down. "So I was wondering... Can you take care of a bruh before you go in?"

"Oh that? Nigga, why didn't you say so?" says the hoodrat, leaning over the center console.

Seven minutes later a shotgun blows out the driver's side window. And the hoodrat raises her head from giving it and your head has exploded. Dumb ass.


Ok, just like always I get too engaged and don't know how to cut this thing off. So I'm going to speed thru these last few...

5. Swimming - Stay your Michael Phelp's wanna-be behind out of the deep end. Dumb ass.

6. Doing Stupid Shit on Motorcycles - Just ride the dang thing. You're cool just because you have one, you really don't have to take the extra risks. And burn all your DMX CDs - Ride or Die? - you have kids and no life insurance. Dumb ass.

7. Finally, and this should be number one. Eating Greasy-ass Cat Fish - instant coronary disease. Dummy.

THIS HAS BEEN A PUBLIC SERVICE ANNOUNCEMENT. DUMB ASS.
Posted by E's at Thursday, July 09, 2009