The Mother & The Child 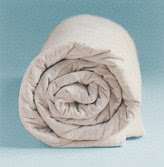 She watched her two-year-old pick up the red stiletto heel, smell it, and then lick the inside of it. She shook her head and took her time walking over. "I shouldn't have drank all that wine the whole time I was pregnant, girl," she said holding the phone to her ear with her shoulder. "This child is trying to eat my shoe." She traded the shoe for the red Elmo doll in reach to avoid a scream.


***
When they suggested medication, she told them like this: "My younger brother used to run full speed head first into the refrigerator. The door had little toddler-head-sized dents in it. He thought he could head bunt through anything. He never used medication and he was actually crazy. Now he's finishing up at Northwestern School of Law - no medication. So, so what he ate half the box of crayons? Seven-year-olds do silly things. I'm not giving my child pills! What kid doesn't eat a few crayons?"

The teenager stomped in the room and slammed the door. "I hate you! You don't ever want me to grow up. I'm not a little child anymore!"

She gathered herself at the kitchen counter. She eyed the butcher knife set momentarily, but thought too messy. As she always did before making a big decision, she counted backwards from ten. "10 - 9 - 8..." She cracked her neck moving her head from side to side. "7 - 6 - 5..." She walked over to the door cracking all her finger knuckles on the way. "4 - 3 - 2..." She jumped up and down in place in front of the door; loosening her body like a champion fighter. "1." She kicked the door open wide.
***
"It didn't work out," the twenty-something said looking at a spot on the carpet. "We tried, I know I did, but it just didn't..."

The child sniffed and nodded "yes".
***
The blanket was all white in loose cable knits. It had large open spaces in the knitting. It could be used as a decorative cover over a finished bed rather than the only blanket she was using. When the bedroom door opened she could feel the breeze through the openings in the blanket. She turned her body in the bed and smiled.

Two little hands touched her leg below her knee -- the leg that was poking out from under the blanket. "Hi, grandma."

The child pulled the top end of the bedcover to the shoulders and stopped there and placed a hand on the closest shoulder and kissed mother on the cheek. "I love you mama. Happy Mother's Day."