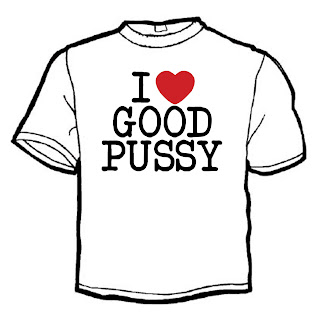 I was arguing with my girlfriend about some shit. You know what “some shit” is, don’t you? “Some shit” is when you get to the end of the argument and you can’t remember what shit started it, but shit starts flying everywhere, then you start a new, bigger, deeper argument based “some new shit” that was said, and you can’t even remember the original shit.

My girlfriend likes to get quiet in arguments at times, and I think that’s the worst thing to do in an argument. Because then it’s on me to say something interesting enough to warrant a response. I think Mel Gibson and his lady had this issue.

All kinds of pussies out there: hallelujah pussies, abandoned pussies, dancing pussies, black hole pussies. I've barely scratched the surface on all the different varieties of pussies there is, but these were just my thoughts on the way to work:)