All Time Great Hygienic Must for Women 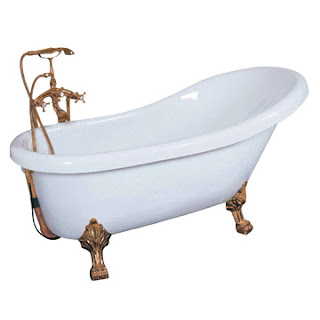 A bathtub. Really everyone should bathe frequently, especially women. I'm not talking about a shower. I'm talking about sitting your funky ass down in some steamy hot water with alcohol, vinegar, baking soda and a little honey, and letting it soak into those crevices. Let that bathing formula seep in those dark private regions and do the magic that toilet paper, baby wipes, and a hand rag can only hope to do.

I know some women are struggling, living in rented one-bedrooms in old apartment houses with exposed beams and drippy faucets and pipes in their bathrooms. Tubs that look like the bathtub in Saw. But if you have one of these 3rd World bathrooms, you have to befriend someone with a nice bathtub so you can dip the cooch occasionally. Or get a bathtub repair kit at Home Depot to give the tub a temporary brush up.