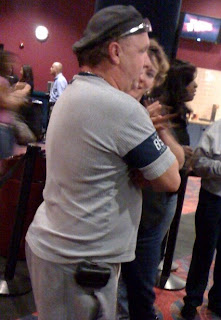 ...grew up on Detroit's East Side - Eastpointe. He identified with Eminem's 8 mile, even though he was 15 years older, and his home and neighborhood was far from a trailer park, but rough enough. He's seen all the Tyler Perry movies, about to go see Precious. Phil keeps a loaded .38 under his car seat and listens to 90's West Coast rap. Thinks he can use the N-word because he relates, but knows when to put that shit on mute too.

His girlfriend thinks he's funny and tough - he's more funny than tough. She loves black guys, and thinks Phil is the next best thing.