He Said - She Said 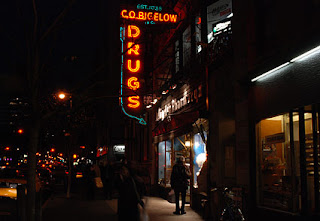 He walked into his one bedroom apartment and saw the difference immediately. All of her things were gone. He stood in the doorway with the heavy wood door leaned against his shoulder surveying the front room biting his bottom lip hard before entering. His first thought was the place looked clean.

They had talked over half-priced sushi on Wednesday afternoon about the relationship becoming distant. On Thursday morning she asked him what he really wanted. He didn't understand the question, so he didn't answer. He didn't answer on Friday either. And now late Saturday afternoon, he figured he answered in someway.

He laid across the bed the short way in all his clothes. He rotated his entire body in the bed, shoes and all. She hated him to sit or lay on the bed in his outside clothes. She said she could feel the germs crawling all over her body. He fell asleep in his shoes.

He woke up around 10:00 pm, according to his wristwatch. He rolled out of bed and stretched and took off his shoes. He got up and showered off the outside germs and dressed again. Jeans, a green T-shirt, and reached in the top of his closet for a shoebox. He put on the new sneakers he pre-paid a couple hundred dollars for in advance and picked up two days ago. She was disappointed he spent so much for gym shoes, but she was disappointed about a lot of things he thought.

He left out. When he got to the stairs, he turned around and walked back to the heavy door. He went inside to the bathroom and sprayed two sprays of cologne and left again.

He handed over two dollar bills and she said, "You smell nice."

The coins rolled down the coin mechanism into the tray. He smiled and said, "Thanks", and left.

He held on to his third drink in the glass in his left hand and held on the marble bar top with his right elbow.

"Can I squeeze in here?" she said, pointing to the marble counter. The lounge was full after midnight.

"You serious?" she said, confused.

"Yeah, I am. But I'll order it for you though. What are you drinking?"

"You buying it too?" she said.

He looked at her. She looked a couple of years younger than him he thought. Maybe 25. She had on jeans and a billowy silk blouse with a Indian pattern design. Or maybe Moroccan. Or who cares, he thought. He liked her hat though. She wore it to the side. It was a dark brown knit hat like he thought Jamaicans would wear. Her long hair dropped down over one shoulder.

"I don't buy drinks for people I don't know," he said, loud enough to be heard over the music, "What's your name?" He noticed how nonchalant he was, he definitely felt the alcohol.

"I'm Jasmine. And you can get me a Grey Goose and cranberry...thank you," she said also nonchalant.

He said, "Wow. Original," and joked with her and made her smile while the bartender fixed her drink. She had medium brown eyes and her body was athletic. She had full breasts and he knew her arms were strong because he touched them. The drink came and he passed it over.

The small dance floor was full and she was dancing alone. She had one arm in the air and her silk sleeve fell showing off her lean muscles. She was moving her body back and forth in a slow motion snapping her fingers with the rim shot in the song. Her entire body spun slowly like she was on a turntable. He had bought her one other drink and she did a shot with him just earlier. Vodka. She said she couldn't mix liquors. Her body was an extension of the music. She knew with certainty she could dance.

Another man was dancing toward her. She turned her back to him and danced in sync with him only for a moment then moved away. She never stopped gyrating.

She looked at him at the bar. He still stood holding a drink. She already had his attention. They looked at each other while she danced and felt a connection and kept catching stares until she extended her arm and called him with her index finger. He left his post and like water someone filled the area of least resistance.
They danced the rest of the song. She danced on him mostly, he did as best he could to keep up, but paid little attention to trying.
"You never said your name..." she said in his ear as soft as possible considering the music.
"Al," he said in her ear.
"Al is short for?" she said in his ear with a smile holding on to the "r" while she danced on him.
"Just Al. I never use my full name."
"Alfred? Allen?" She tried to guess. "Oh, I know...Albert?"
"None of those. Just Al," he said.

She held his shoulders and leaned back from him and danced with their waists touching. When she pulled back in close to his face and looked in his eyes, he kissed her. It was a soft kiss at first like their lips accidently touching while looking at each other. Then she put his bottom lip in her mouth and licked it slowly. Everything was delicate and lasted only seconds.
After the song he told her he was going to leave for home, but he'd walk her if she was cool with it. She told him she lived walking distance and had walked to the lounge while they were drinking earlier.
"Not until you tell me your full name..." she said, with a flirtatious look.
"Aloysius," he said.
"Alo-wish-us," she said slowly. "I love that name. What does it mean?"
"It's an Italian name. My mom is Catholic and said she always liked the name. He's a saint. He's the patron saint of sex..." He said hardly audible over the music.
"Of what?" she said in his ear looking confused.
"...Patron saint of kids...My name...It's a saint's name in Italy," he said with a devious look.
"Oh, OK...So cool. I love your name," she said. "And your shoes. And you smell so good. Wait, let me tell my friends."

She did and came back to him and said her friends said he could walk her if he promised to be a gentleman and just walk her home. He look over to her friends and crossed his heart with his finger and nodded.

Outside a crisp breeze cut through the summer night's air. He put his arm around her shoulder while they walked. He noticed the sleeve to his green T-shirt soiled with brown makeup. It was where she rested her face while they danced.

He looked at her in the moonlight, the street lamp, and the bright neon light of the store beside them. She didn't look as young to him. Maybe 29 or older. There was a line on her neck that defined where her foundation makeup started. On her cheek, where her makeup wiped away, were deep pits in her skin from where she had burst whitehead bumps as an adolescent or just last week. He took his arm from around her shoulder and took her hands and turned her toward him as if he wanted to make out on the sidewalk. "I just remembered a story?" he said, looking in her medium brown eyes. He could see the contact lenses in the light on the surface of her eyeballs. "Wanna hear it?"
She looked up at him and blotted her lips together and said, "Yes..."

"OK. My older sister loves cats. Even now, she has two cats. So we were young, playing outside, and we see this cat in the neighborhood. My sister tries to call it, but it runs away.

"We see it again another day and she tries to call it. It wants to run, right? But it's far enough that it just looks at us. So my sister runs in the house and gets a bowl of milk and sits it in the drive. We back away to give it room and the cat comes to the milk. When we go to come closer, it runs off, right?

"So we do this the next time when we see the cat...put out the milk and back away. It comes to drink the milk. This time when we go up closer, it runs but not away, just keeping it's distance. My sister calms the cat all gentle-like putting out the palm of her hand and talking nice. So the cat warms up and lets her pet him. She gets on the ground and all into it, right? Rubbing all over the cat, when I see something...

"I tell her, 'Ugh, look!' And she sees it. Under the cats chin the fur and skin is being eaten away by these little bugs crawling all over the area. I mean, I might be exaggerating but it looked like thousands of them."

"So, of course my sister jumps up and stops rubbing it," he said. "I pick up the bowl and throw the milk in the grass. And we both yell at the cat and tell it to 'Get'! Kicking at it and everything."

"Ohhh...that's so wrong," she said with a chuckle.

He let go of her hand and sighed a laugh and walked away in the opposite direction toward his apartment. She stood under the moonlight, street lamp, and neon sign confused.

A block away his phone vibrated in his jeans. He looked at the familiar number.

"Out walking by the lakefront."